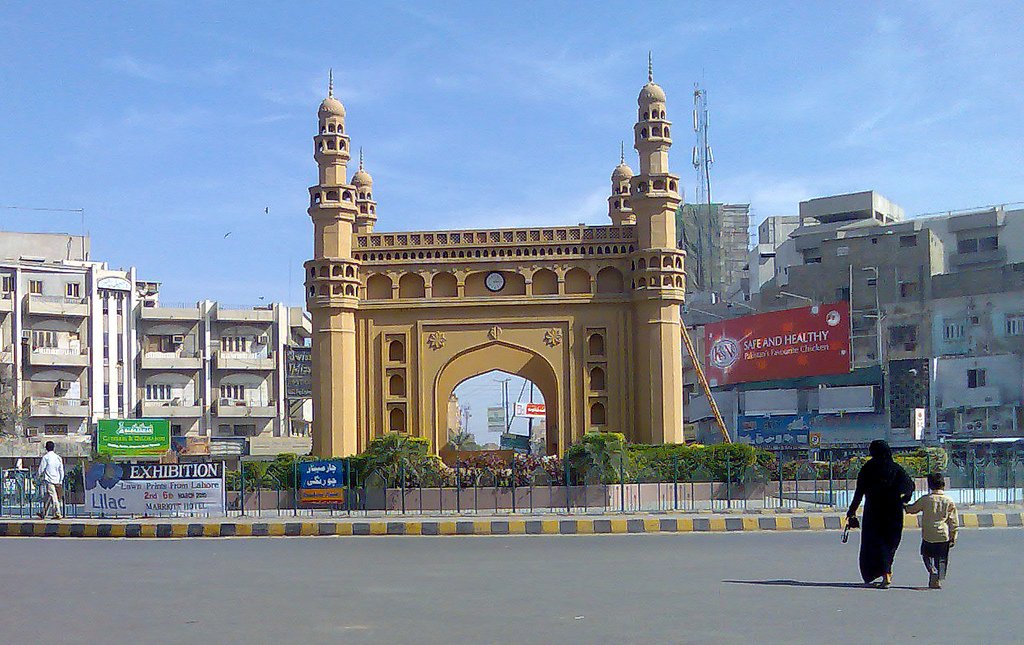 Karachi's Dilemma And It's Consequences

Every nation faces economic, social, political, financial and environmental challenges. So does Pakistan. Economists have to deal with an entire range of economic problems.

You might have seen television programs about the misery of unemployment and poverty; you may have read about the problems caused by inflation. We all are aware of the debate surrounding issues such as acute shortage of skilled labor, problems of global warming and the population explosion in many developing economies such as Sri Lanka, Afghanistan, Liberia, Libya, Argentina, Brazil, Nepal, Malaysia, Nigeria, India, Iraq, Turkey and this list goes on. Pakistan being one of those developing countries faces these problems.

Despite the extensive array of disputes that economist are trained to deliberate upon. Economists often take in account the "Economic Problem". This is primarily the basic problem from which all other problems ascend. The economic problem is the issue of scare resources and unlimited wants. Allocation of resources in an efficient way is very important for an economy to grow effectively. Allocation of resources deals with the use of resources in an efficient way so that costs (that envisages economic cost, opportunity cost, accounting cost and other cost in production of goods and services) are minimized to produce output in an efficient with comparatively less wastage of resources

The most urbanized province of Pakistan and the capital of Sindh Karachi has an imperative role in country developed demography. 30 % of national output and 20% of industrial output in Pakistan economy in dominated by Karachi which clearly depicts that the economic hub contributes towards Pakistan economy in a high proportion.

The seaport has undoubtedly changed into a tremendous city where many people live. Being one of the largest cities of Pakistan it encounters many challenges. Some of these problems entail population growth, poverty, unemployment, violence, cleanliness, high mortality rate, and illiteracy. And this list might never come to an end.

The population of Karachi has certainly increased over the time. Increased population leads to adverse effects on the economy. Increased rate of population increases pollution, health issues, and low per capita income. Since as a result of overpopulation the national income is divided on large proportion of people, which eventually leads it way to unemployment because it is impossible to employ each and every person in this massive population.

These economic problems are interlinked. Heading towards another challenge faced by this very issue is high inflation rate. Inflation rate in Pakistan is extremely high that it is very difficult for a poor man to fulfill his necessities.

This leads to vicious circle of poverty in which poor families become impoverished.

High growth rate increases different types of pollution for example air pollution, noise pollution and sound pollution. And according to the standards set by The World Health Organization and National Environmental Quality Standards of Pakistan Karachi has crossed the air pollution standards. Being one of the largest cities Karachi has been bagged as a violence city internationally and domestically. With the highest rate of homicide, many innocent lives strive for their life for every second. Living in your homeland with extreme fear is the biggest challenge one can have.

One of the important issues that Karachi residents face is the sewage issue.

"The Sewage system lacks city wide coverage. Only 40% of people are linked with sewage system which means 60% of the population has to deal with this problem.

People living in Mohallahas or at Katchi abadi probably face this issue. An approximate 30 cubic meters/second inflow of water from reservoirs, rivers and hub is received by Karachi however the insufficient supply does not meet the requirements of the large population. The supply is merely not insufficient but inequitable and irregular also. Heading towards the foremost issue of our economy; poverty. Approximately 70% of all household belongs to the poor families because of low income and bad health. Poor families have to undergo dreadful living conditions and health issues. These underprivileged dwellers are stuck in a perpetual poverty trap. They are deprived from all their rights of being a citizen.

In the nutshell, the root problem in the mega city is high growth population. Hence in order to combat these problems steps should be taken in order to reduce population growth and this could be only done by creating awareness programs emphasizing upon literacy rate, early marriages. People in Karachi have faced with the dilemma of unemployment and ill literacy rate so government should take some steps. Government takes temporary steps such as the launch of â€œShahbaz Sharif Laptop Scheme albeit these laptops do help people but this does not just solves the problem of illiteracy and unemployment.

"The city is full of newly graduates who are sitting idle at home without jobs . Government should encourage foreign direct investment and industrialization and should opt for permanent solutions.